What is Ann Arbor Ultimate?

Ann Arbor Ultimate (or A2Ultimate, or A2U) is an all-volunteer organization dedicated to growing the ultimate community in Ann Arbor, MI. Also known as Ann Arbor Ultimate Summer League, the organization was formed in the summer of 1994. The first summer league featured a handful of teams playing all games on one field at Lakewood Elementary School.

Since those humble beginnings, Ann Arbor Ultimate has grown steadily, adding more players and teams. In 2016, we had over 600 unique individuals spread out over 87 teams across all of our leagues and divisions. Among the priorities of the organization are spirited play and participation by all. New and experienced players play alongside each other with common goals of learning the sport, socializing, and above all else, having fun.

At the top of the Ann Arbor Ultimate organization sit the board of directors. These 5 directors are charged with shaping the league and providing direction. Other volunteers help the league by serving as treasurer, running the captain's committee, or by organizing tournaments and clinics. And last but not least, we lean heavily on our league captains to help make games and teams run smoothly. Ann Arbor Ultimate could not function without these volunteers, and we are very grateful for each and every one.

We are always on the lookout for more volunteers or fresh ideas, so please let us know if you would like to help.

Our Vision and Mission

Ann Arbor Ultimate (A2U) strives to form a socially welcoming community that values spirit and learning for players of all identities and experiences. To these ends, A2U provides consistent and accessible playing options, as well as social events, learning opportunities, and community support.

To learn more, check out our extended mission and vision online here.

As previously stated, Ann Arbor Ultimate is an all-volunteer organization. We simply could not function without the support of all involved whether they are a player, a captain, or a volunteer on one of our committees.

At the top of the organization, the Board of Directors oversees the financial health and long-term planning of Ann Arbor Ultimate by coordinating leagues, events, and budgets. The board is composed of 5 people and meets throughout the year. You can get in touch by sending a message to directors@annarborultimate.org. 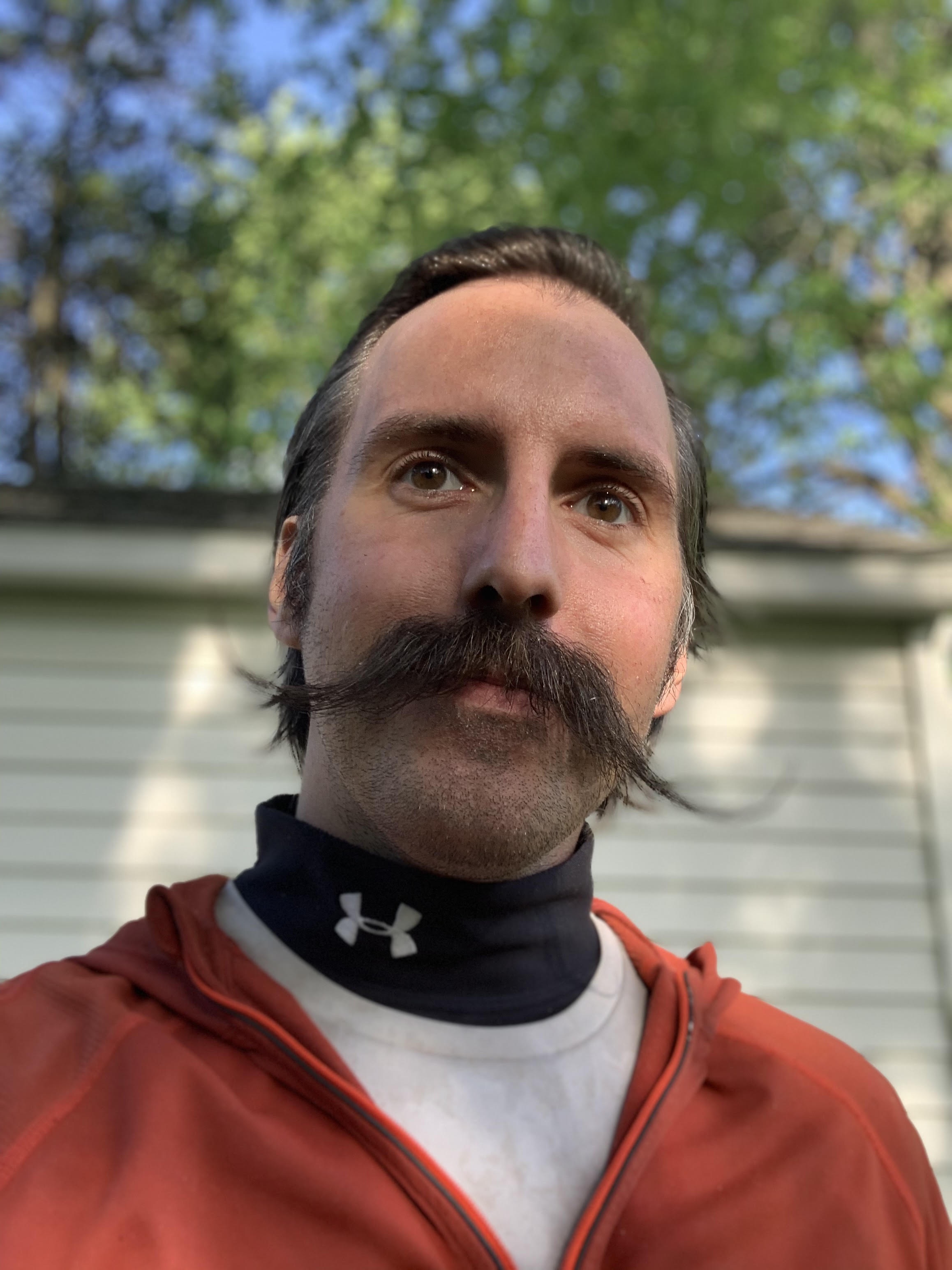 Stache began playing Ultimate in the 1990s and first signed up for Ann Arbor Ultimate in 2013. He has also played league in Toronto, and Detroit, and has played several tournaments during college, one Poultry Days, and one Master’s Division Regionals. His proudest Ultimate achievement is playing the middle 8 hours of the Andy 24 in Columbus Ohio back in 2006. When he isn’t playing Ultimate he is playing Disc Golf. Andy works in the Automotive Industry and enjoys listening to Wait Wait… Don’t Tell Me! on his weekend commute to Ultimate from Detroit. He was appointed to the Ann Arbor Ultimate Board of Directors in 2021. 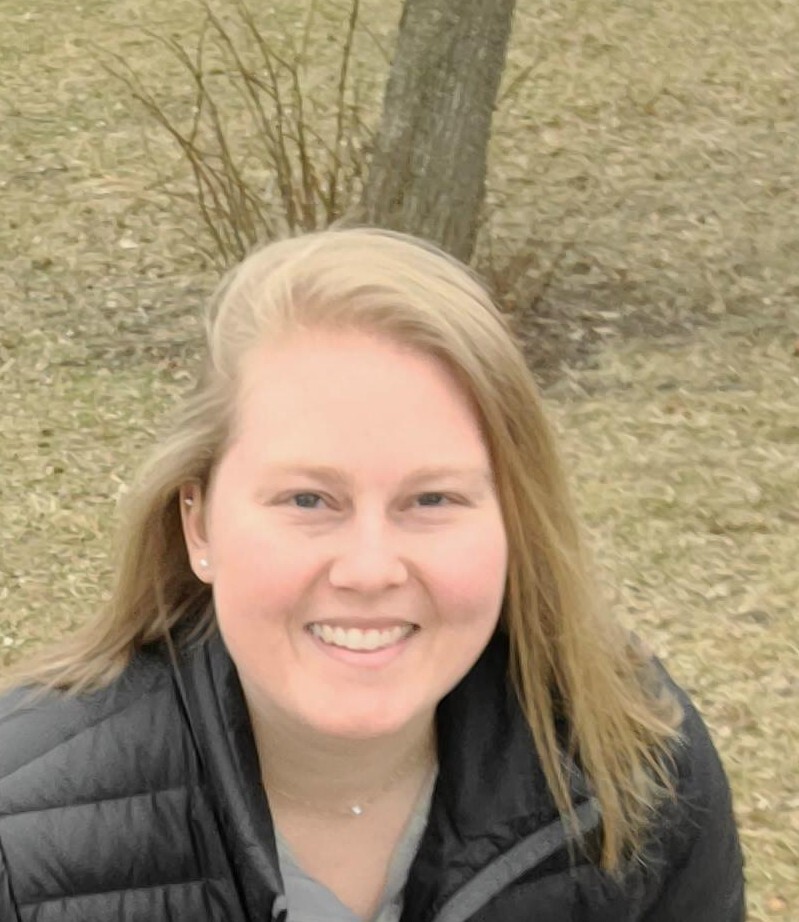 Jordyn began playing pick-up ultimate in high school and continued playing intramural and tournaments throughout college in Mississippi. She's played more tournaments as a pick-up player than as a member of an actual team. She played her first league with Ann Arbor Ultimate in May of 2019 after moving to Ann Arbor in Fall 2018 to begin work on a PhD in chemical engineering at the University of Michigan. She has played in every A2U league since. Jordyn joined the board of directors beginning Summer 2021 and looks forward to promoting women in ultimate. 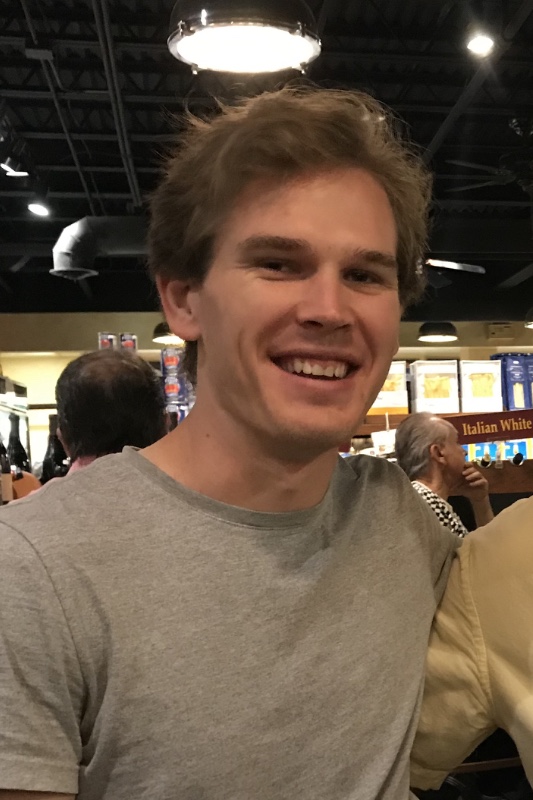 One day in middle school, Matt was out at the soccer field with some friends when he had a wild idea: "Let's throw this power bar across the field to each other!" Steven sprinted out for a long pass and Matt let one go that soared through the air over the field and straight into Cory's forehead (not Steven). Although he felt bad for Cory, he also felt the pure joy of throwing and watching a flying spinning object for the first time. A year later he began playing ultimate with the infamous Frisbee Tuesday pickup group in his home town, and the rest is history. Matt is a graduate student at the University of Michigan, has been playing A2U for the past 5 years, and really enjoys having fun. He was appointed to the Ann Arbor Ultimate Board of Directors in 2019. 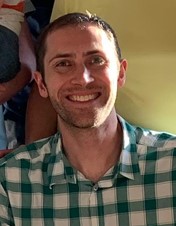 Ryan was lucky enough to be approached by a friend freshman year of college about playing Ultimate, and then he spent 3 months not being able to throw a flick. Ryan played for the Claremont Braineaters in college, then played in Australia, Wisconsin, and now Ann Arbor. His favorite tournaments are Sandblast and Windmill Windup. All these years later, Ultimate has been his #1 way to make friends around the world, and it continues to be one of Ryan’s top passions. His flick is still not great. Ryan is a postdoctoral fellow at the University of Michigan and has been playing A2U league for two years. Ryan joined the board of directors in late 2021.

Our captains committee is an integral part of the organization as they select captains and provide them support in the form of meetings, trainings, and feedback. 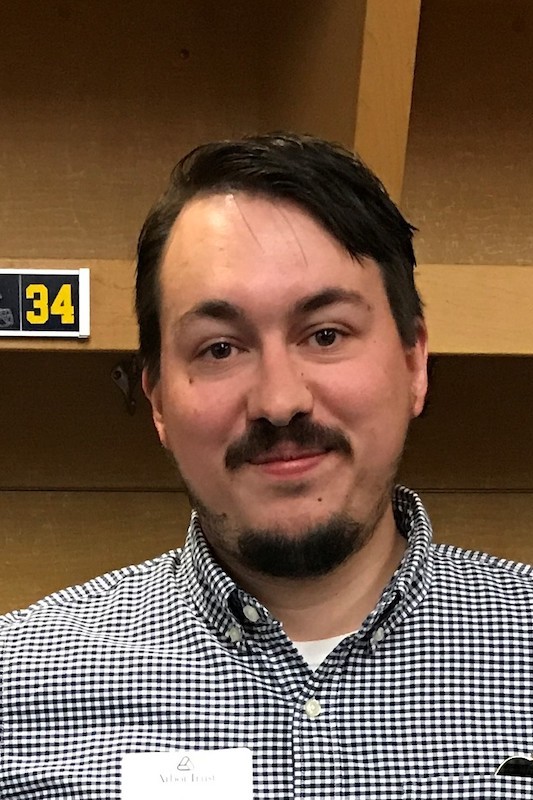 Alex spent every Saturday morning the summer before his freshman year of high school playing pickup with the Saline cross country team. He continued every year until he graduated, taking his talents to Washington, DC and Stall 11, American University’s men’s ultimate team. Over those next four years, he also played with ro-sham-bo at the University of Edinburgh and in Ann Arbor Ultimate Summer Leagues before taking five years off. Alex returned to Ann Arbor and to ultimate in 2017 and was invited to join the Captain’s Committee in fall of 2019. When not working on his lefty backhand or scoober, Alex enjoys going to bourbon club, listening to Ben Folds, and playing with his and his partner’s miniature dachshund. 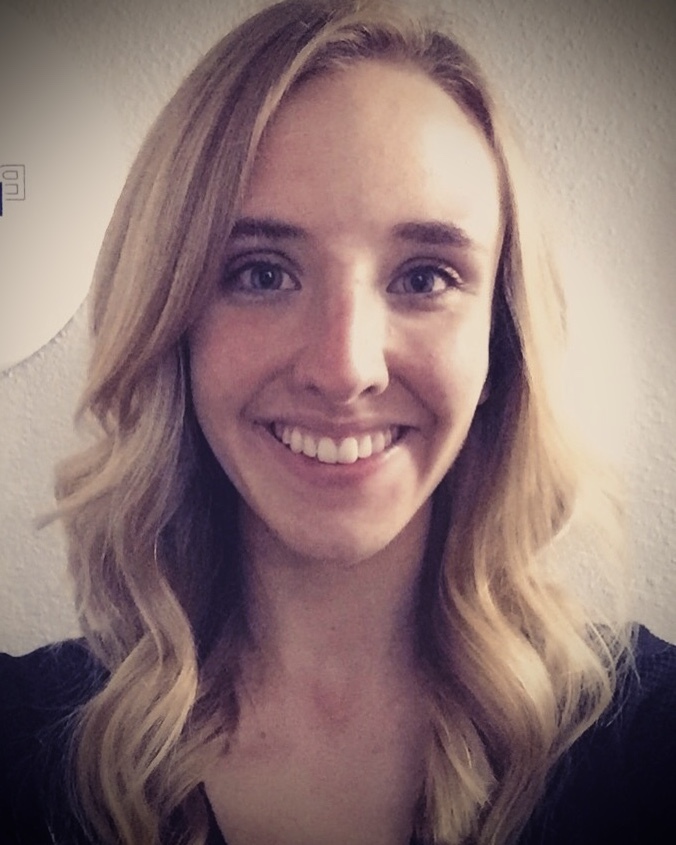 Annie first started playing ultimate at the University of Michigan in 2012 when she decided to leave the sport of rowing. She loved playing on the women's B team (so much B-Fly love), and captained the team during her senior year. After playing pick-up in Washington for a few years Annie made her way back to Ann Arbor for graduate school in social work, where she got right back into frisbee with A2U. Since then, Annie has captained for A2U leagues and recently joined the Captain's Committee in the Spring of 2021. When Annie isn't working on her inside-out flicks, she's hanging out with her dog Maya or painting. 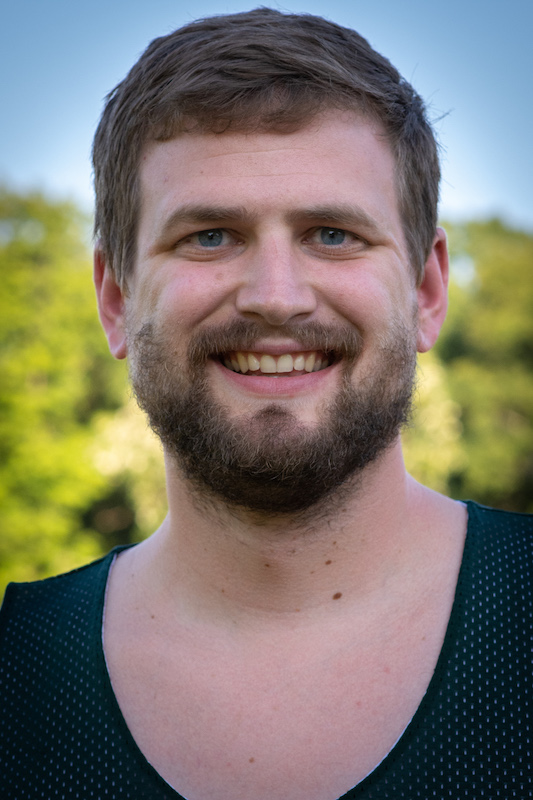 Chris started playing pickup ultimate in 2010. Since 2014, he has played leagues with Capitol Area Disc Association in East Lansing and Ann Arbor Ultimate, where he would later go on to join the Captain’s Committee in 2018. Chris works as a Fire Safety Specialist for a local health system and has had a lifelong ambition to have a son and name him Harry… Harry Wolf. However, those dreams were dashed in 2013 when he married his far too sensible wife, Meredith. When Chris isn’t playing ultimate, you can bet he’s cheering on his Spartans. Feel free to ask him what he thinks of Jim Harbaugh! 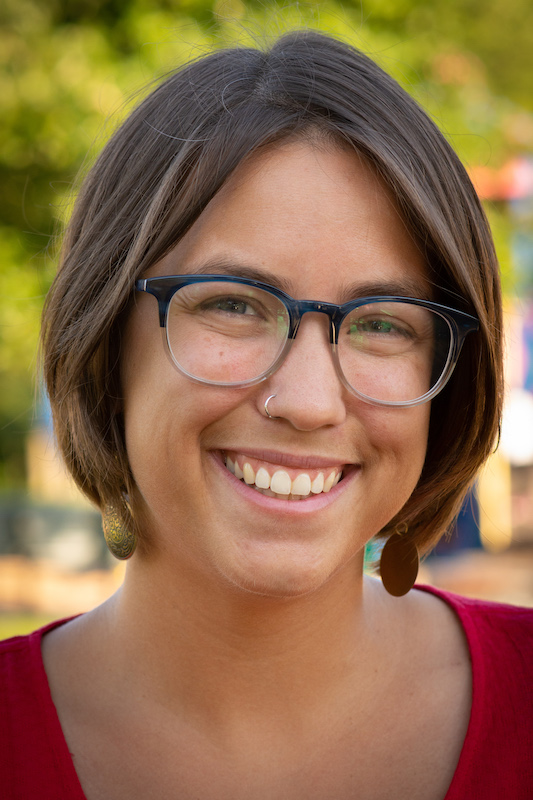 Anna first learned about ultimate watching her siblings play in college and being forced to play pickup over Thanksgiving break. She finally played a real game after moving to Ann Arbor in 2016 and joining Fall League. She was hooked! Anna played for Autonomous, SE Michigan's Women's Club Team for its first two seasons and started captaining league teams in 2017. She joined the Captain's Committee in the Spring of 2018. When she's not working on perfecting the deep cut, Anna is a social worker who does public service program development and community integration. She lives on the west side of Ann Arbor with her husband, pitbull, and 6 chickens. 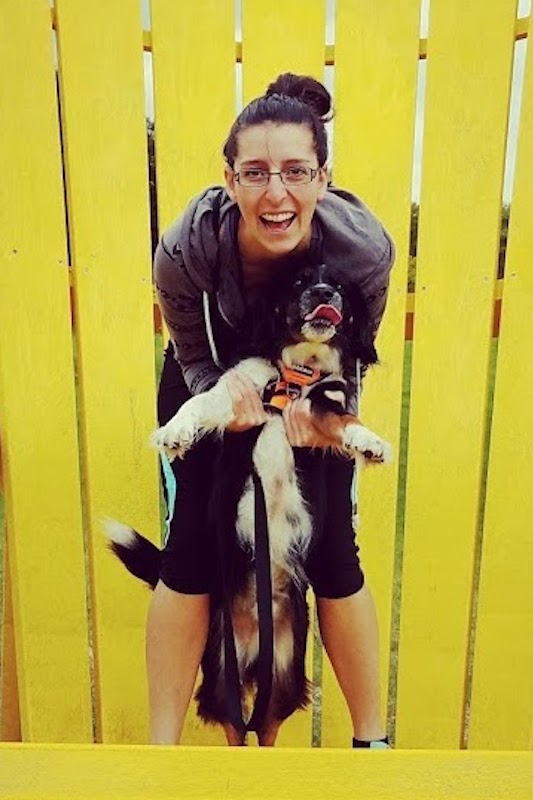 Katie first played ultimate her senior year in high school. All it took was one sample of the sport and she was hooked. She joined the Grand Valley State University club team, eventually becoming Captain and President of the team. After Grand Valley, she joined the Ann Arbor Ultimate, and has been captaining for various teams within the league since 2015, and joined the Captain’s Committee in 2019. She loves teaching ultimate basics to new players, and has always emphasized the importance of enjoying the sport regardless of the score. Outside of ultimate, Katie is a Web Product Manager who loves bringing her dog Sammy to work. 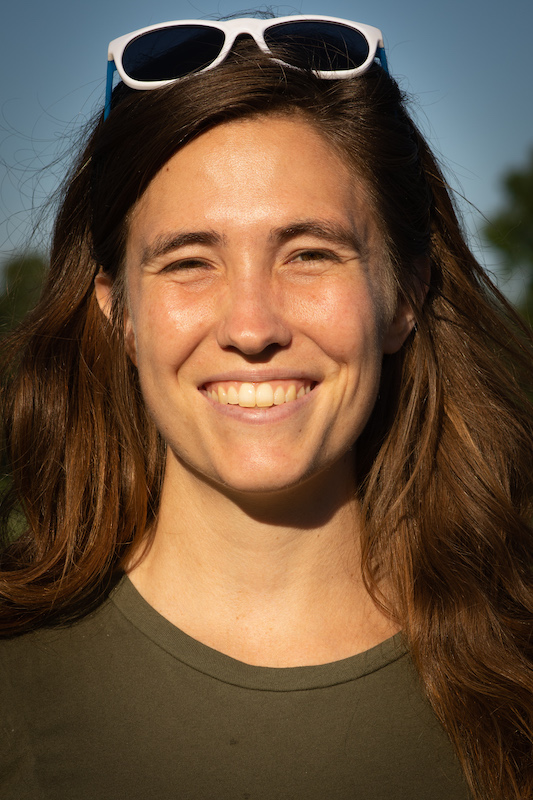 Rachel Cawkwell started playing ultimate at Emory University in 2010. She still primarily (and proudly) wears her Luna gear at league. In Ann Arbor, she’s had the opportunity to play on two different club teams, captaining the mixed team Rocket Lawnchair in 2017 and playing on the women’s team Autonomous in 2018. She is a graduate student at University of Michigan studying English Language and Literature and will never turn down a conversation about books. She was appointed to the Ann Arbor Ultimate Board of Directors in 2018. 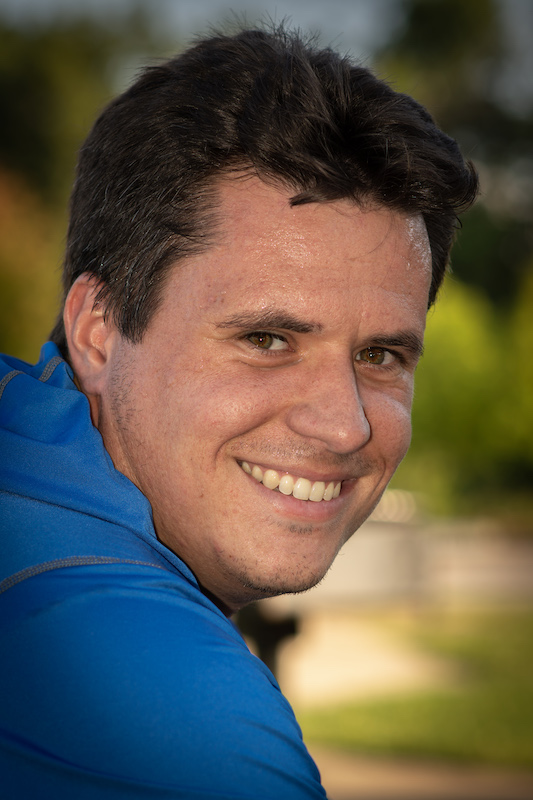 Scott started playing ultimate while enrolled at Grand Valley State University. He was home for the summer and was looking for more ultimate to play and stumbled upon Ann Arbor Ultimate. Since then he has played in almost every league and is always looking for pick-up. After that first summer, he has played club every year and has never been on the same team more than once. He was appointed to the Ann Arbor Ultimate Board of Directors in 2014 and also serves as the fields coordinator. 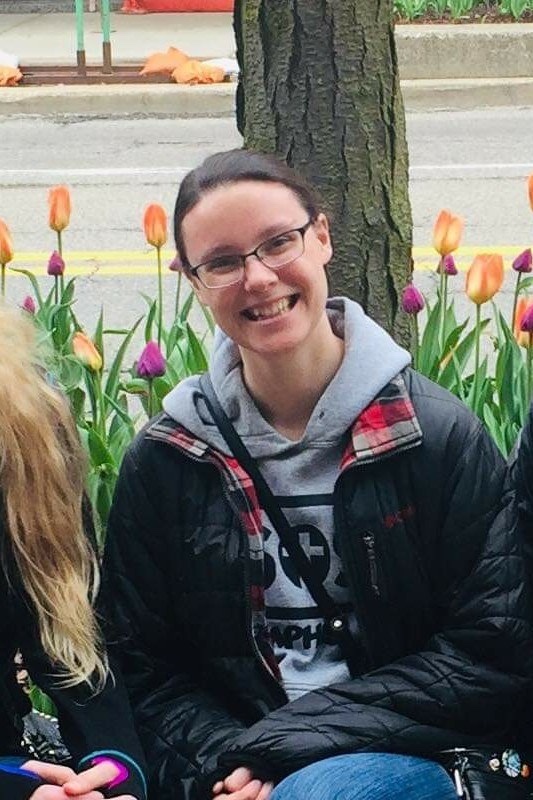 Jenna started playing pickup when she was about 10 or 11, and got into organized ultimate, including Ann Arbor Ultimate, in 2010. She played for Air Raid through high school, intramural and pick up in college, and returned to Ann Arbor after college to play for A2U again. She has captained numerous leagues and loves the community. She is also a small animal veterinarian and frequently examines her long suffering black lab mix, Sandra, and domestic shorthair cat, Shadow. She was appointed to the Ann Arbor Ultimate Board of Directors in 2019.